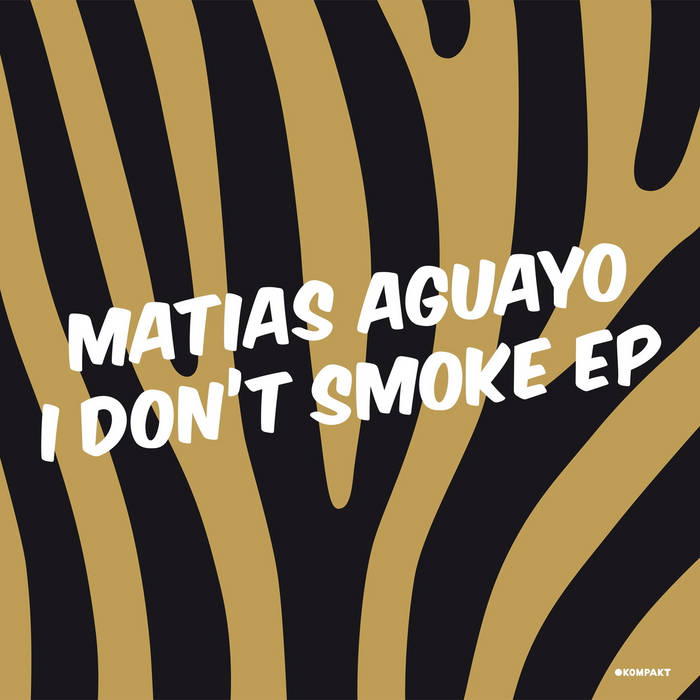 To say that Matias Aguayo lives in the moment would be an understatement. He THRIVES in the moment. One of today’s most productive musicians in dance music he continues find new challenges – whether it be curating music events (most recently finding lost music and new acts from the Sonoma Desert of Mexico for an upcoming HKW Berlin series), overseeing the tremendous Cómeme label imprint, and most recently joining Warp’s favourite New York band Battles as a vocalist for the lead single “Ice Cream”. He returns to Kompakt with his first new recordings for the label since 2009’s acclaimed full length “Ay Ay Ay” – an accomplishment of its own right thanks to the fact that it was created almost entirely with samples of his voice. Matias Aguayo takes it back to the dance floor with what potentially could be his first obvious foray into the world of house music. “I Don’t Smoke” is here – pure electronic body music of the most significant kind. Created between gigs mostly on trains and planes – the music on “I Don’t Smoke” is a tour diary of sorts. Tales from the road, songs that were recorded on the fly which were burned onto a CD and played that night. Tried and tested on the crowds, these tracks were improved and built up, then finally mixed down with Scott Monteith aka Deadbeat earlier this year in his Berlin studio. The title track “I Don’t Smoke” tells a story from last year’s European Cómeme tour. Matias tells it straight – “One of our tour mates would come at (Cómeme collaborator and act) “Rebolledo, do you have a cigarette?”. He would answer “No, I don’t smoke”. This would go on repetitively for the entire tour - she was very drunk and very forgetful.” Fortunately for all of us listeners as he puts together what could be the biggest tune since he dropped “Walter Neff” on the masses. A roaring House anthem we are confident will be looping in heads and DJ sets all summer long. "Niños" takes inspiration from the ‘80s band Liasons Dangereuses classic “Los Niños del Parque” – fuelled only by a demented percussion it sacrifices no one – purely loud and proud. Inspired by the Belgian woman of the same name, “Dancemachine” is pure fun - flaring hi-hats and an infectious bass line pays the ultimate tribute to this phenomenal dancer. Finally “Comeme Riddim” is an Aguayo favorite pulled from one of Aguayo’s many instrumental rhythms that he normally uses to sing over top of in his sets. Kept intentionally as an instrumental for the EP, it’s Latin pulsed drive is infectious. The digital version comes with two DJ tailored tracks – “Kuddle Riddim” and “Ligado”.