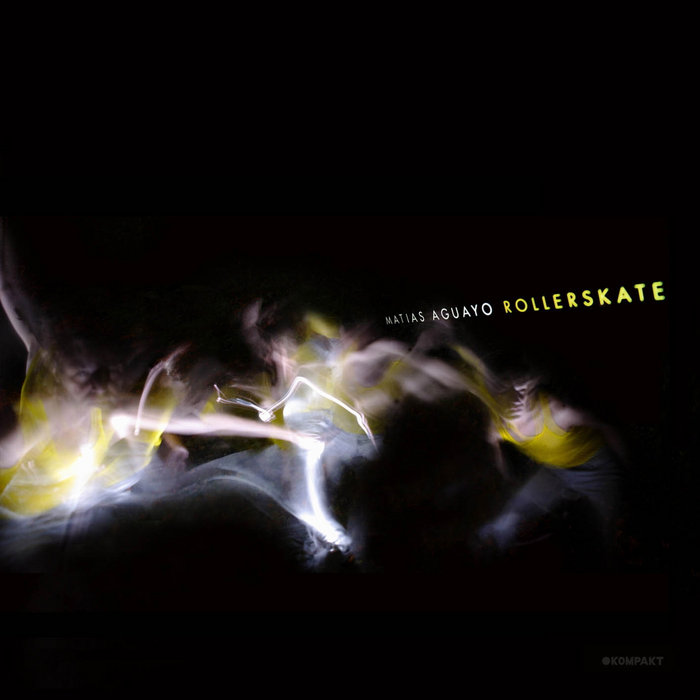 "Rollerskate" is the first single from Matias Aguayo's tremendously ambitious full length “AY AY AY” on KOMPAKT. Aguayo has already established himself as one of the most buzzed about musicians of the past year with his breakthrough singles “Minimal”, “Walter Neff” and of course “Bo Jack” on his own Comeme imprint (that he runs together with his South American collective). Already proclaimed by PITCHFORK as a Best New Music tune, “Rollerskate” could be the most infectious song your going to hear this year. It's far too easy to immediately get drawn in with the organic earthiness of Aguayo's musicianship - his voice is the source of the song, ingeniously layered and contextualized into what seems like an endless mantra that rings with a total lack of pretention and utter sincerity rarely heard in music. You won't find the album version on this single but those who love the original will find solace in MARCUS ROSSKNECHT's mix. Having been a key component in the final stages of producing/mixing down the album, Marcus keeps to the original with some slight, delightful twists. Things get mixed up when DIEGORS & THE DON move towards a more traditional Cumbia tuned version stripped down to the essentials and a perfect DJ tool. SANFUENTES & ALEX THUNDERS is a key primer that will surely get folks salivating on the dance floor with its demented disco bass wobble. Mexico's dark dancer REBOLLEDO brings his signature beat(down) together with Matias's mantra to new levels. One of the most original 12” releases you'll get your head around, Matias Aguayo is a true crossover artist in all senses, worthy of breaking beyond the confines of dance music distinction and into a stratosphere all his own. “Matias Aguayo will change the way you think about dance music” - LA WEEKLY “it's expertly crafted but completely silly-- almost makes you feel woozy like watching Chaplin in The Rink-- and a welcome, unexpected turn from a label mostly known for its restraint.” - PITCHFORK “…on 'Rollerskate' his falsetto vocals arc and glide around a poppy mid-tempo bassline that you'll be humming for days while secondary and tertiary vocals create dancing rhythms of their own somewhere in the ether for a deliciously trippy effect.” - BOOMKAT “He's always been one of our favourite artists - not only a great house producer, but a dancer, singer, and general personality operating in a form of music that thrives on facelessness.” - FACT MAGAZINE