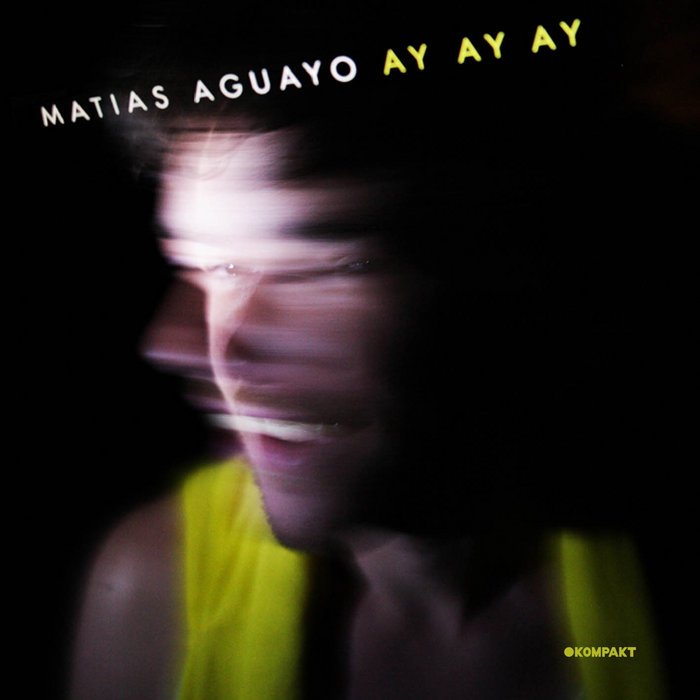 Chilean born, German raised MATIAS AGUAYO is one of those rare talents you come across that genuinely works in music for the sake of loving music. KOMPAKT's long, love affair with MATIAS AGUAYO runs all the way back to his first official act (together with Dirk Leyers) as CLOSER MUSIK back in 2000. Though short lived, their releases were foundation builders for the label and still stand as relevant as the day the songs were recorded. Following their demise, Matias felt the urge to abandon the rules that he felt techno imposed on him and moved towards a more organic approach to making music. His first foray into this would be with his 2005 debut solo album “Are You Really Lost” (KOMPAKT CD 44) and was then followed with 2 singles for the respected SOULJAZZ imprint.

Matias returned to KOMPAKT in 2008 with 2 12” bombs - the club anthems “Minimal” and “Walter Neff”. Feeling refreshed and inspired from travelling throughout Latin America, Aguayo was back to end the cycle of boredom that was permeating dance music! His nomadic time there had brought him to explore a wealth of different stlyes of music and from his Buenos Aires base he had formed the label/collective Cómeme and the “bumbumbox” street parties which can be seen and heard all over their global voice - YouTube and MySpace.

That brings us to his sophomore full length “AY AY AY”. Recorded in Buenos Aires, Santiago de Chile and Paris together with Vicente Sanfuentes (Original Hamster), “AY AY AY” was mixed down in Berlin together with long time collaborator Marcus Rossknecht (of Broke fame) Matias has conjured an impossibly unclassifiable full length that is certain to surprise and elate anyone that should come across this true breakthrough of a recording. Take opener “Menta Latte” - countless layers of his voice revel in a psychedelic dream park together with a simple xylophone chord. First single “Rollerskate” - Matias unpretentious first single “Rollerskate” chorus is damned to stay on auto repeat in your head for days after a first listen, holding you on dearly to those last days of summer. His leanings to traditional African music resonate with the beautiful crooner “Koro Koro”. Fans of his recent singles will rejoice to the rhythm of songs “Me Vuelvo Loca” and “Juanita” - Latin harmonies embraced with Matias coaxing you to get up and dance.

To call “Ay Ay Ay” ambitious would be an understatement - we can proudly state that MATIAS AGUAYO has managed to accomplish a rare achievement in music today - come up with a recording that is undeniably all his own and a landmark release for KOMPAKT.