Are You Really Lost 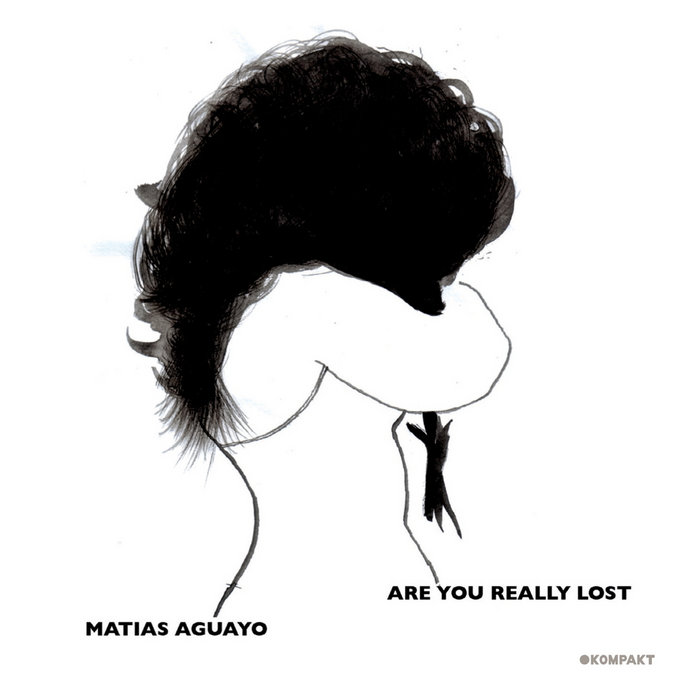 The sea of tears was deep and salty when one of the most exciting duos in the electronic hemisphere announced their breakup. Closer Musik was the far too short-termed apex of where minimal. pop and sublime eroticism amalgamated. Songs like "Maria". "You Don´t Know Me" and "1.2.3....no gravity" (currently re-released with the congenial Ewan Pearson Acid remix on Out of the Loop/UK) have gone on to become true classics of the genre and still can be heard on the dancefloor today. After co-conspirator of Closer Musik. Dirk Leyers delivered a splendid solo-comeback earlier this year with his "Wellen EP" (KOM 114). Matias Aguayo returns with a long player that brings him right back into spotlight. created from the refuge of his Berlin studio. "Are You Really Lost?" completely proves. without exaggeration that we are amongst a true virtuoso of our time. The opening track "De Papel" sets the pace for what is possibly Kompakt´s most physically motivating album to date proving that slow-grooves-better. Anyone who drives faster than 125 will be pulled over. enjoy the journey around 119 BpM. as the sweat will drench your body equally as much if you were travelling this fantastic road at a faster speed and you are destined to come out of it reeking of great sex. So let´s share some words about the music. With "Radiotaxi" and "Drums & Feather". Aguayo´s Chilean roots come to the forefront. Unlike his fellow countrymen Ricardo Villalobos or Luciano. Aguayo resonates far more robust and pop-loving than the exquisite psychedelic blunderings of his predecessors. "De Papel" comes across like the uptempo version of Massive Attacks´ "Daydreaming". Truly intense. Moving onward. Aguayo takes the cake and eats it in all its scrumptiousness with the title track „Are You Really Lost“. "Planet Claire". this tempestuous. almost ragga-like uptempo stomper with abnormal references to the B 52´s will be sure to consign club ceilings in need of repair. And there´s "Well" - the first "true" pop song of the album that latently recalls Grace Jones´ lascivious genre-mix portrayed in her "Island Life" times though with Aguayo´s seductive crooning. this song is destined to bring only the dirtiest of thoughts to the cleanest of minds. Finally we reach the hypnotic "So In Love". poised to redefine disco for the years to come. Aguayo´s solo debut is co-produced by Markus Rossknecht. You already know him from his acclaimed project The Meteorites. whom aside from Supercollider. recently catapulted the funk of the future on Cristian Vogels´ Rise Robots Rise. On "Are You Really Lost?" the catapulting continues. Innovation. Entertainment. Techno. Eroticism. Pop. Matias Aguayo lives it all and pushes it forward.